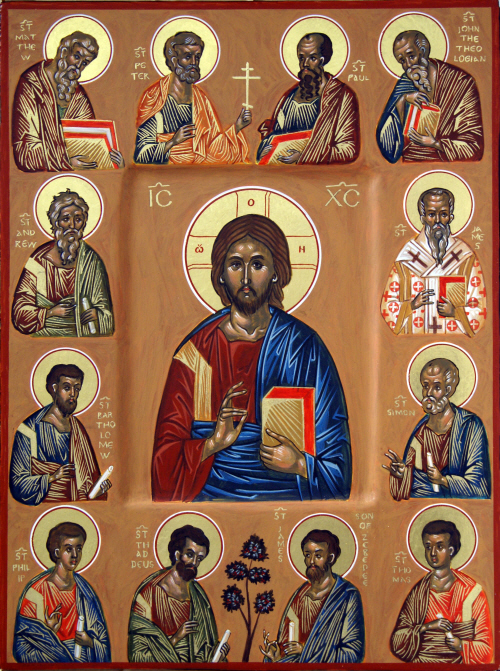 Today we read as gospel the Lucan version of the missionary discourse of Jesus. For Jesus had already chosen the twelve apostles. Now he sends them with power and authority on a first evangelizing mission. What he specifically entrusts to them is to free those possessed by demons, to heal the sick and to proclaim the Kingdom of God. For this missionary trip, he entrusts them with a style of action that has been called «evangelical poverty», without too many provisions for the journey. He also warns them that in some places they will be welcomed and in others, not. Shaking the dust off your feet was an expression that wanted to signify a break with those who did not want to hear the Good News: so that they did not take even a little dirt on their sandals.

This is the double mission that Jesus entrusted to the Church: on the one hand, to proclaim the Gospel and, on the other, to heal the sick and free them from their physical and psychological ills. Exactly what Jesus did: that he enlightened his listeners with his word, and at the same time multiplied their bread or cured them of their paralysis or freed them from demons or even raised them from the dead. The binomial «preach-cure» is repeated continuously in the Gospel and now in the life of the Church. It can be said that for two thousand years the last affirmation of today’s gospel is being fulfilled: «they set out and went from village to village, announcing the Good News and healing everywhere.» How much corporeal and social good the Christian community has done, in addition to spiritual, sacramental and evangelizing!

We should also review as a Christian community and each one personally the detachment that Jesus demands from his own. The missionaries – the Church – must be internally free, without too much baggage. They should not seek themselves, but set an example of economic detachment, not relying so much on provisions or technical means, but on the intrinsic force of the Word that they proclaim and on the «power and authority» that Jesus continues to communicate to them to liberate to this world of all its evils and announce the news of God’s salvation. We do not work in our own style, but according to the instructions of Jesus. Because we are not the ones who save the world: we are only conductors – hopefully good conductors – of the saving power of the Risen One and of his Spirit.